Staten Island chefs cook at legendary James Beard House: How was the food? 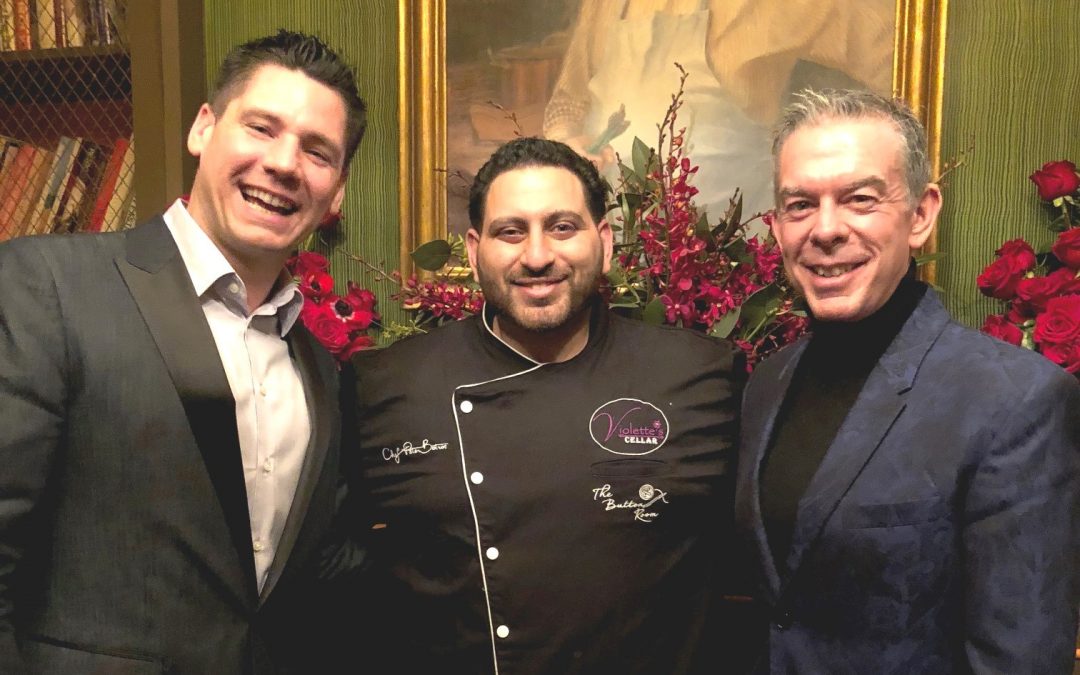 The staff cooked for a sold-out house that night. And the theme of the cocktail hour followed by a six-course meal headlined as “Dreaming in Chocolate.”

Dreaming in Chocolate at The James Beard House in Manhattan

The kitchen lead, Peter Botros, chose the theme with Fat Tuesday and Valentine’s Day in mind.

Other dishes — chocolate-ricotta topped with spicy sausage crumbles with Parmigiano-Reggiano cream sauce, a dayboat scallop with chocolate-chestnut cream and cocoa nibs plus filet mignon with white chocolate-whipped potatoes — worked up to a banana empanada for dessert. The latter included a Mexican hot chocolate gelato that Botros had been tinkering with over at Violette’s Cellar recently. And that was presented with a cup of sweet espresso spiked with Corzo Tequila Silver.

Each bit of food was presented with a wine or two to heighten flavors, pairings guided by Roberto Hernandez. Executive chef Antonio Vasquez Flores with sous chefs Erich Wiedemeyer and Jimmy Bosco turned out the food from the famous Beard House kitchen digs. This is a rather modest facility that looks like an island. Guests pass through the section while the staff prepares the food, much of it rather complex with a detailed plating composition.

“I want to emphasize the unbelievable teamwork that resulted in us moving in sync to pump out over 400 dishes and 600 pieces of passed canapes,” said Botros.

He also had a hand from the seasoned service staff provided by the Beard House. And Staten Islander Camille Zarelli of Floral Sentiments designed and donated the flower arrangements for the evening.

For chocolate, Botros selected the Valhrona line with a dozen styles including nibs (accompanying a Dayboat scallop with chocolate-chestnut cream and crisped potato spiral) and whole cocoa beans as bedding for some hors d’oeuvres. And wines were donated by Bill Schlissel of Jackson Family Wines and Enrico Migliaccio from Touton Wines.

Botros is among the very few Staten Islanders invited over the years to present in James Beard’s preserved kitchen.