Restaurateur Peter Botros an inspiration outside of work 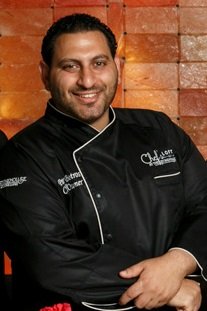 STATEN ISLAND, N.Y. — One of my favorite restaurants on Staten Island is The Stone House located in the heart of picturesque Clove Lakes Park. I love everything about it: the food, the ambiance, the service, walking across a stone footbridge in anticipation of a great meal, and the always warm welcome by its owner, Peter Botros.

With his gentle demeanor, acumen for fine dining, and attention to detail, Botros treats his customers like family and is the reason for the restaurant’s success. He and his business partner, Chris Lacey, took over the former Lake Club in 2014. Soon after, Botros became sole proprietor.

Both The Stone House at Clove Lakes and the newly unveiled Chef’s Loft are doing incredibly well and allow Botros to share his passion with thousands of Islanders. It’s important to note he also gives back to the community, regularly hosting fundraisers for local charities. I’ve been to a few and they’re fabulous.

But there’s more to Botros than most people know, an important life experience that shaped him to become an even better version of himself, someone more appreciative and grateful, someone who now has the incredibly freeing knowledge that there’s more to life than making money.

Botros is a cancer survivor.

Born in Brooklyn, he and his family moved to Bulls Head when he was an infant, eventually graduating from PS 60, Laurie Intermediate School/I.S. 72, and Port Richmond High School, where he played football, basketball, and baseball.

He went on to attend Fairleigh Dickinson University, where he earned his bachelor’s degree in entrepreneurial studies and double master’s degrees in marketing and finance while playing Division I baseball.

But then it happened. Botros was diagnosed with carcinoma in situ (CIS) in August of 2012. CIS means cancer remains in the place where it began and has not spread to neighboring tissues. He had male breast cancer, which is very rare, especially in young men; he was 26 at the time.

“I did not feel sick at all prior to being diagnosed,” recalled Botros. “The symptom that saved my life was a bloody discharge that came from my left nipple. My then-girlfriend noticed a bloodstain on my undershirt and we looked up the symptom on WebMD, and read it could be cancer.”

Botros immediately went to the hospital to be evaluated. After a sonogram, mammogram, and biopsy, he was diagnosed with breast cancer by Dr. Coomer at Staten Island University Hospital.

A second opinion was sought at Memorial Sloan Kettering Cancer Center in Manhattan from the only male breast cancer specialist on the East Coast, Dr. Virgilio Sacchini.

“I was scheduled to have surgery on Sept. 25, 2012, and was given several options for surgery and treatment; the only one that did not require any chemo or radiation was the harshest surgery — a bilateral mastectomy,” Botros said.

KEEPING IT A SECRET

“I chose to go through a tougher surgery to spare myself the extremely difficult treatments of chemo or radiation. I saw firsthand what that is like as my mother was in a continuous battle with cancer from when I was a very young boy until she ultimately passed when I was 14 years old.”

To make matters worse, Botros also found himself in an insurance nightmare. His double mastectomy surgery had to be canceled because the company refused to cover the life-saving surgery.

Undeterred, Botros fought for a week with the company, which ultimately reinstated him. His resilience and clear thinking in the face of serious adversity are inspirations to all. They are to me.

But his decisions born out of his desire to protect his family complicated the situation.

“When I first found out the diagnosis, I honestly didn’t for one second consider anything but beating it,” Botros said. “However, my first reaction was to shield my loved ones from the pain of the news.

“After consulting with my brother and then-girlfriend, I decided to keep my cancer and treatment to myself. I saw no reason for my grandparents who were in their 80s and already lost their daughter to cancer to have to hear my news. I felt it would be unnecessary pain for them.”

Self-described as strong-willed, Botros struggled much more with the decision not to tell his father, also “not wanting to put him through this. So I decided not to tell him, either.”

DOING WHAT HE’S PASSIONATE ABOUT

This decision backfired. “My insurance at the time was through my father, so when they dropped me and I battled to be reinstated, there came a point where I needed to involve him.”

Botros’ father was “incredibly angry” with him, in addition to being distraught and upset at his diagnosis. “I regret how that turned out, but I still would have preferred to shield him from the situation. My friends and family were all there for me just as much as I was there for them,” Botros said.

“Most of the time it felt like I was consoling and reassuring them instead of vice versa, but I guess that is kind of normal. Plus, the team at Sloan Kettering was fantastic and made the experience as comfortable as possible.”

A cancer survivor, Botros now sees life with different eyes. “At the time of my diagnosis, I was a very successful mortgage banker on the Island, and I still am today. However, after my battle with cancer, I realized there’s more to life than financial success.”

“I was always passionate about food and the food industry,” he continued. “So I decided that I would take the opportunity to incorporate that passion into my daily life because of my desire to do what makes me happy. I have a smile on my face every day because I do what I love while around people I love.”

Any other words to live by?

“I definitely don’t claim to be a health expert,” Botros said. “But you should be aware of your body and the signs that something may be wrong. Don’t ignore something that is out of the ordinary. Better to be safe than catch something potentially life-threatening too late.”